The Perils of Social Media Defamation

Defamation is an area of the law that most readers would be familiar with. The general idea is that if one person publishes an opinion about another person which reduces their standing within the community, it can be classified as defamation. It is a legal issue presented in popular culture, because we live in an era where one’s opinions can be published to unlimited readers at the click of a mouse button.

Social media websites can sometimes feel like the Wild West. Without the absence of a readily identifiable “Facebook police”, many users feel as though they can make offensive posts without consequence. No-one enjoys being insulted in a public display. However, you might want to consider the following case before settling on issuing defamation proceedings.

On 14 December 2020, the Brisbane District Court found in favour of a plaintiff who claimed he had been defamed on Facebook. The plaintiff had sponsored the defendant, an MMA fighter, for roughly three years. The plaintiff refused to pay for this defendant to take a plane trip from Melbourne to Brisbane. After the defendant became aware of the refusal, he took to Facebook to air his grievances. The defendant created a video which was posted to his Facebook profile together with a post which did not paint the plaintiff favourably, including being referred to as a “dill pickle” and “a weasel” and also making derogatory comments about the plaintiff’s MMA equipment.

The post was removed by the defendant after two days but by that time it had received 75 likes, generated 90 comments and had been shared by 7 other Facebook users.

The plaintiff sued the defendant, seeking $250,000 in damages for damage to his business as a sponsor and provider of MMA equipment. The plaintiff did not claim that he had suffered hurt feelings or distress because of the post, nor did he assert he was suing the defendant for economic loss.

The defendant failed to file a defence within the requisite time frame and the plaintiff subsequently obtained judgment by default.

The Court awarded the plaintiff $100.00 in damages. It is reasonable to assume that at this point, the plaintiff would have been expecting a substantial award of damages considering the default judgment.

The main reason for the small award was because the plaintiff made no claim that the post caused him to suffer economic loss. In this area of law, the bulk of damages sought by a plaintiff are usually comprised of estimated economic loss. For example, if a person made unsubstantiated claims against a restaurant that their kitchen was infested with rats and caused that business to lose customers, the owners of the restaurant could sue that person for an estimation of the amount of financial loss they had suffered as a direct result of the claim. It is more difficult to prove to a court that you deserve compensation for the other three heads of damages relevant to defamation claims, which are for (a) consolation for hurt and distress, (b)reparations for damage to reputation or (c)  vindication of reputation.

The Court also ruled that the plaintiff had no hurt feelings or distress because of the video and post. The Court held that due to his arrogant manner and feelings of entitlement to damages for being called a “dill pickle”, amongst other things, that his driving motivation for the action was not for the vindication of his reputation, but as a monetary award.

Ultimately, the judge presiding over the matter,  ruled that given the absence of any evidence to support the reputation of the plaintiff, or that the Facebook posts had had any effect upon his reputation,  that any harm to the plaintiff’s reputation was caused by his own conduct and not the publication, the award of damages was to be “very low”.

It is a timely reminder to those who think they may have been defamed on social media websites. Defamation goes beyond merely being “offended” by someone. As discussed above, a defamatory statement or publication must cause economic loss. If that cannot be established, damages may only be awarded to console your hurt feelings or distress, for reparations to your reputation or to vindicate your reputation.

The next time you feel as though you have been defamed, unplug from the website, take some time to relax, and reflect upon it. If you return to the publication and feel as though you might have grounds for a defamation action, we would be happy to hear from you.

At Cohen Legal, our business is protecting yours. 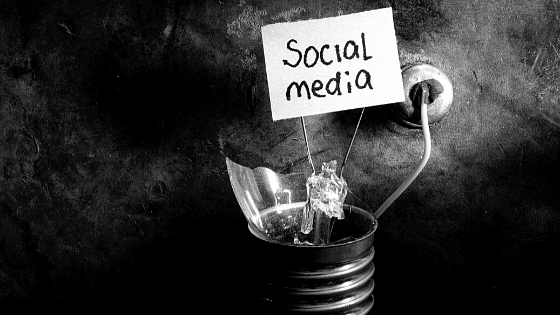