Updates to Defamation Laws in Queensland

On 20 April 2021, The Defamation (Model Provisions) and Other Legislation Amendment Bill 2021 (“the Bill”) was introduced into Parliament to amend parts of the Defamation Act 2005 (Qld).

In 2006, Queensland and the other states and territories adopted the Uniform Defamation Laws (“UDL”). Following the adoption, the law on defamation was substantially the same nationally apart from some exceptions. The Bill sets out nationally agreed amendments to the UDL.

The Bill was passed, and the amendments came into effect on 1 July, 2021.

Several amendments, modelled on the recent UK Defamation Act 2013 (“the UK Act”), require the presence of a ‘serious harm element’ before a cause of action in defamation can be pursued.  Primary amendments effected by the Bill include:

Section 10A introduces the requirement of a ‘serious harm element’ for a cause of action to arise in defamation. Therefore, an action in defamation will require the aggrieved party to prove that the publication has caused, or is likely to cause, serious harm to their reputation.

Corporations will now need to prove that the publication has caused or is likely to cause the entity serious financial loss. This threshold will be a determination for the judge, not the jury.

The rationale of the introduction of this threshold was to deter small claim litigation between individuals which can obstruct the judicial system’s ability to determine matters efficiently.  Such claims have increased in the internet age, particularly since the rise of social media.

A recent example is the case of McEwan v McDaniel [2020] QDC 321 where the plaintiff was awarded $100.00 in compensatory damages for being called a “dill pickle”, amongst other things, by the defendant. If you’re interested in reading more about this case, please read our recent blog on the topic.

Section 12A expands upon the requirements surrounding concerns notices and include the need for the aggrieved party to:

Section 12B requires an aggrieved person to issue a concerns notice before they can commence an action in defamation.

Section 30A provides a new defence of scientific or academic peer review. Inspired by section 6 of the UK Act, to be successful a publisher is required to prove:

Ms Fentiman said that these changes will ensure that academics and scientists will be able to freely express their views on matters which have been peer reviewed. Additionally, it will allow for the ability to engage in uninhibited debate, public discussion and scrutinisation of material without the threat of defamation.

Despite the recent amendments, a degree of uncertainty remains regarding publications made online.

Publishers should remain vigilant and keep a keen eye on developments made to reform this complex area of law.

If you require assistance with a defamation matter, contact the team at Cohen Legal. We’re here to help.

27/07/2021
Cohen Legal
Business,
Commercial,
Disputes,
Previous Post:Things to remember when starting a small business
Next Post:When does out-of-hours conduct cause for employee dismissal? 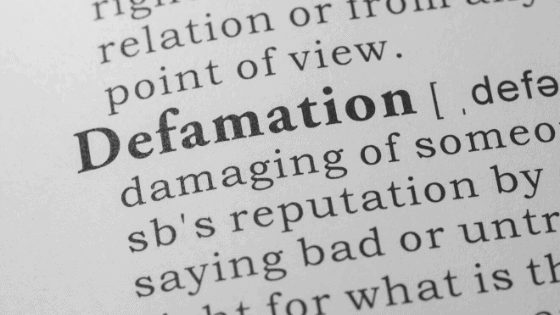