When does out-of-hours conduct cause for employee dismissal?

The ever-blurring lines between work and private life make it difficult for both employees and employers to identify where their rights, duties and obligations begin and end. Typically, when you walk out the door from your days’ work, you’re “off the clock” and your business is your own. However, some out of hours conduct may constitute valid reason for dismissal – but only in limited circumstances.

For out of hours conduct to be valid grounds for employee dismissal, there must be a relevant connection between that conduct and the employment relationship. For instance, you can dismiss an employee for out-of-hours conduct if:

In Newton v Toll Transport (2021), a truck driver was dismissed for fighting a co-worker outside a pub outside work hours. When asked by his employer about the fight, the employee answered dishonestly. The Fair Work Commission (FWC) observed that an untruthful answer to an employer’s question about the out-of-work conduct may provide a valid reason for employee dismissal, if the conduct has sufficient connection to employment. In this particular case, the FWC ruled there wasn’t sufficient connection.

In Applicant v Employer (2015), an employee attending training at a hotel groped a waitress at that hotel after work hours. The FWC ultimately found that the employer had a valid reason to terminate the employee’s employment as the only reason the employee was at the hotel at the time of the incident was because of the employment relationship he had with the employer.

In Colwell v Sydney International Container Terminals Pty Limited (2018) an employee who sent explicit private messages on Facebook Messenger to 20 of his Facebook friends (19 of them were work colleagues) was validly dismissed because the nexus was established as those who had received the message would not have been Facebook friends with the employee were it not for his employment.

In Urso v QF Cabin Crew Australia Pty Limited (2018), the flight attendant was dismissed for getting drunk while off duty in New York and failing to present to work the next day on the scheduled flight. The FWC found that the dismissal was not unfair as the employee had a “fundamental” obligation to his employer to be “ready, willing and able to perform their duties at the relevant time”.

As a good business practice, it is recommended for businesses to frequently review and update their employment agreements and policies. Implementing strong policies combined with a dynamic induction process will help employees understand their obligations and minimise the risk of harm to the business and its employees.

Dismissal of any kind is a difficult issue for any business, and serious misconduct based on off-duty behaviour is especially complex. Seek advice before taking action. Talk to us, our business is protecting yours.

10/08/2021
Cohen Legal
Business,
Employment,
Previous Post:Updates to Defamation Laws in Queensland
Next Post:What property passes under my Will? 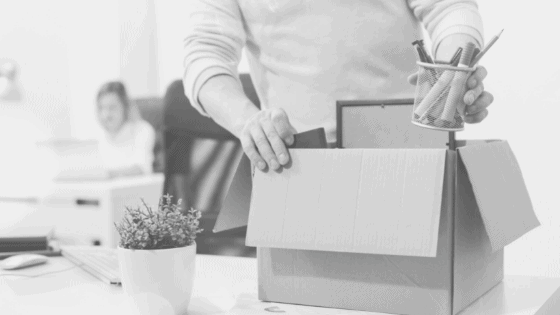